's works
Anatomy of the Image
In front of you, you will find two attempts at bringing an image from the digital realm into the physical realm. This was born out of the artist’s personal attachment to physical objects which led to a defiance of the dematerialization phenomenon.

The "white" image is a 3D printed lithophane picture of the artist’s dad and the artist herself. Once only a picture in the artist’s phone gallery, now a three-dimensional image that only reveals its intimate details when backlit.

The "red" image on the right is the same 3D printed lithophane picture as the previous one except for one peculiar difference. The filament that was used to 3D print this image is a mixture of all-purpose glue and the artist’s blood. Subsequently offering the concept of giving life to an image an additional layer.

While the two images differ from each other extremely in appearance, they are conceptually the same as they both share the same g-code. The same movement sequence that created the first lithophane, created the second one. Thus, this work ultimately presents two physical conditions of the same image. 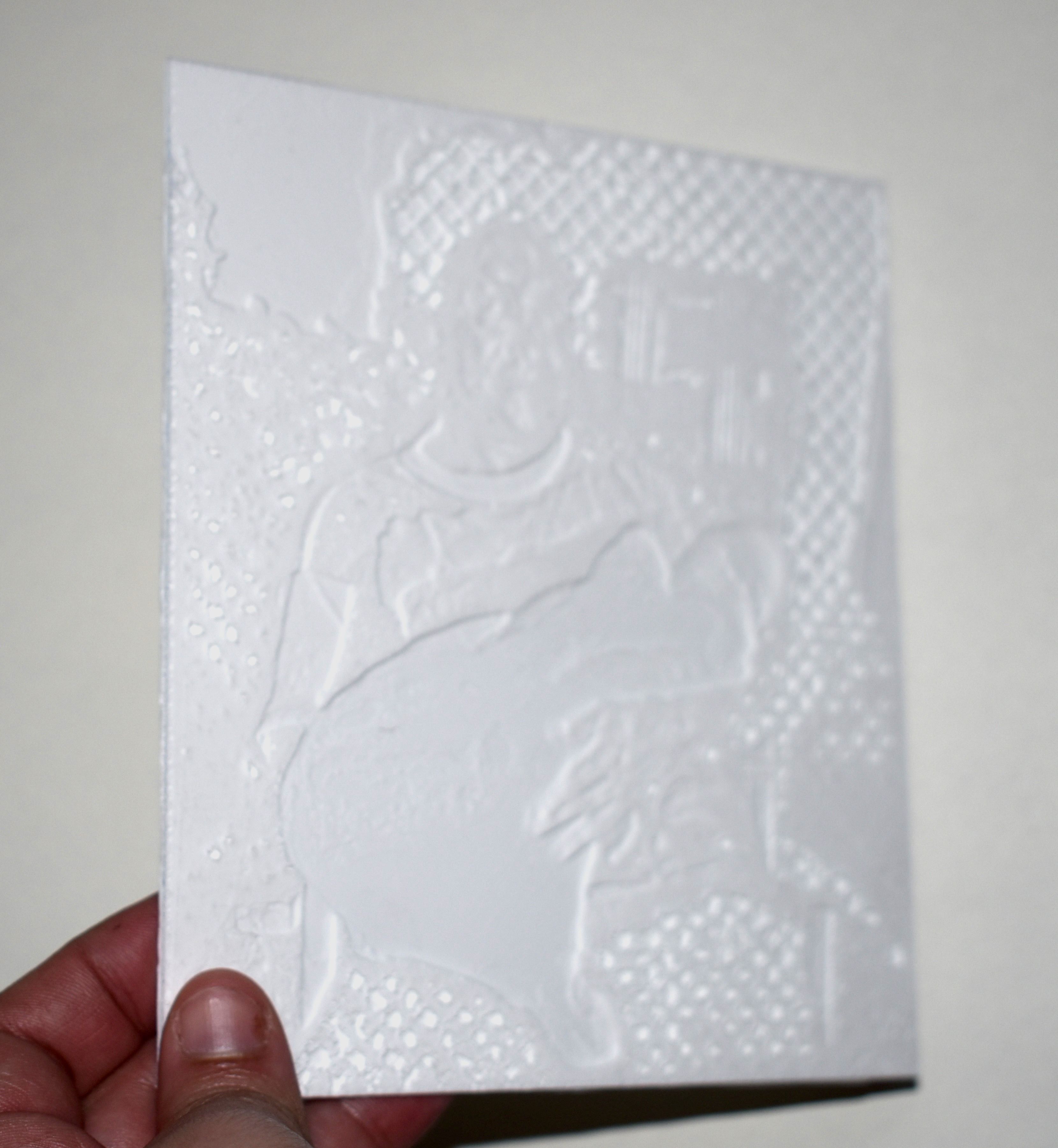 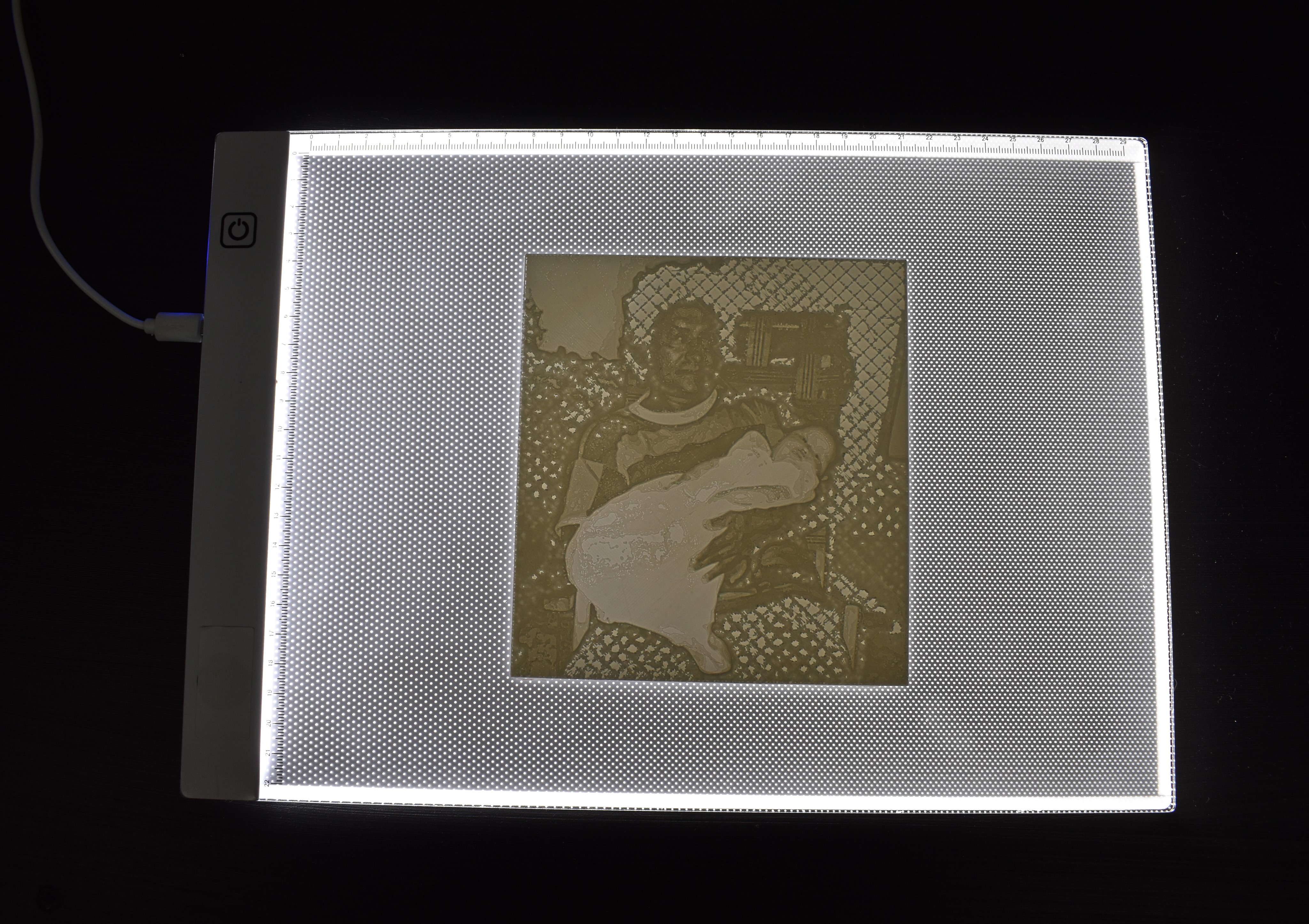 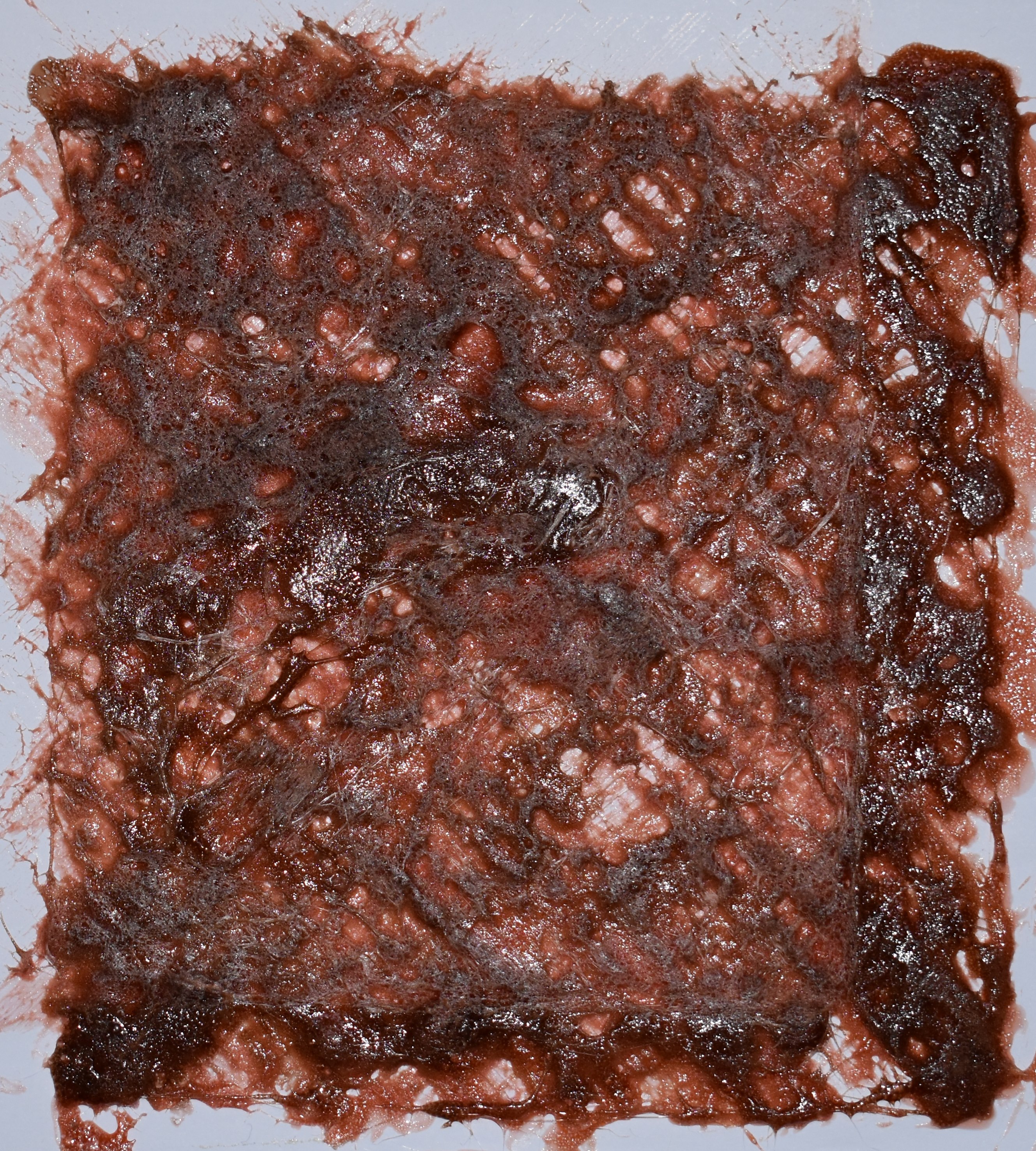 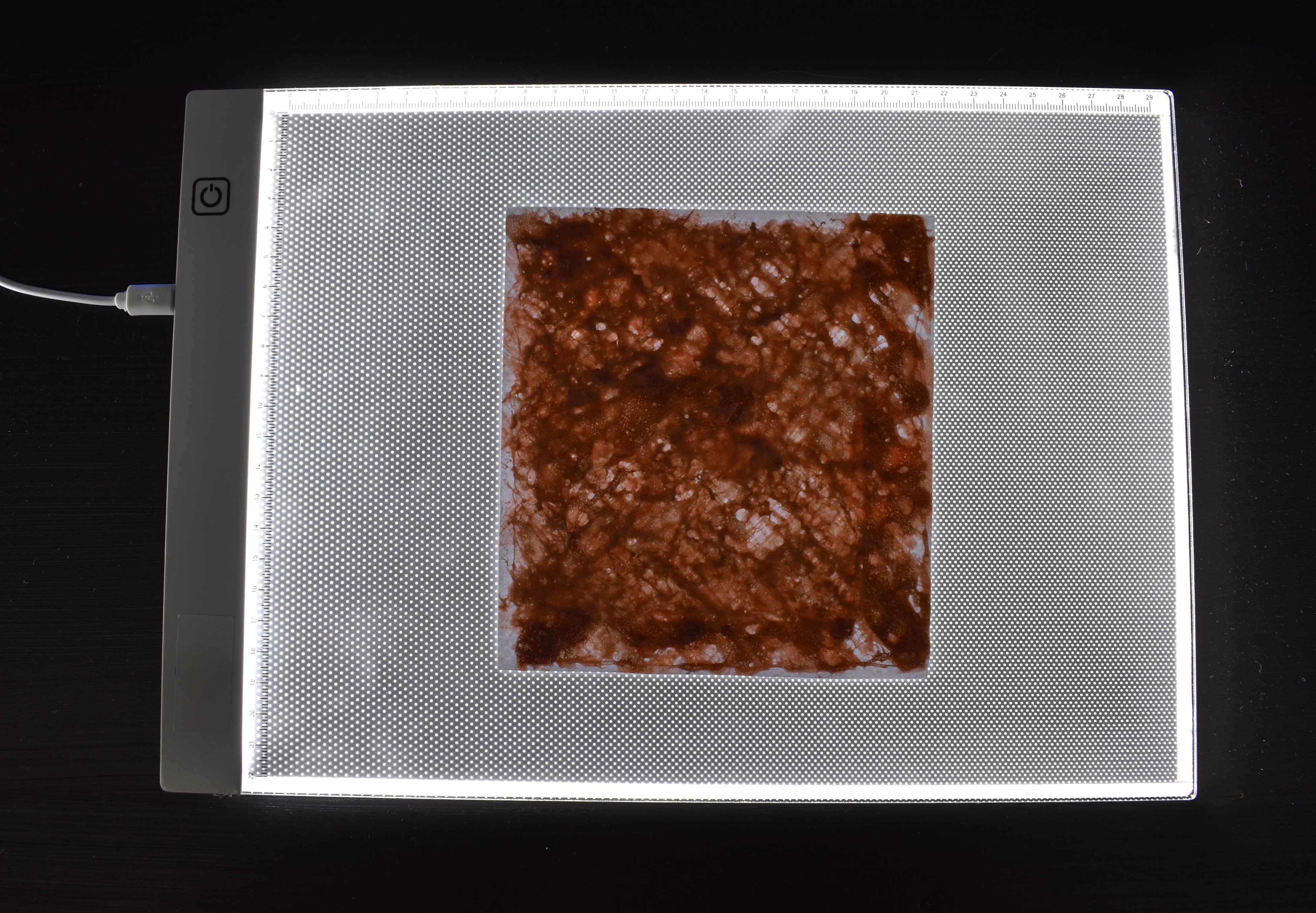 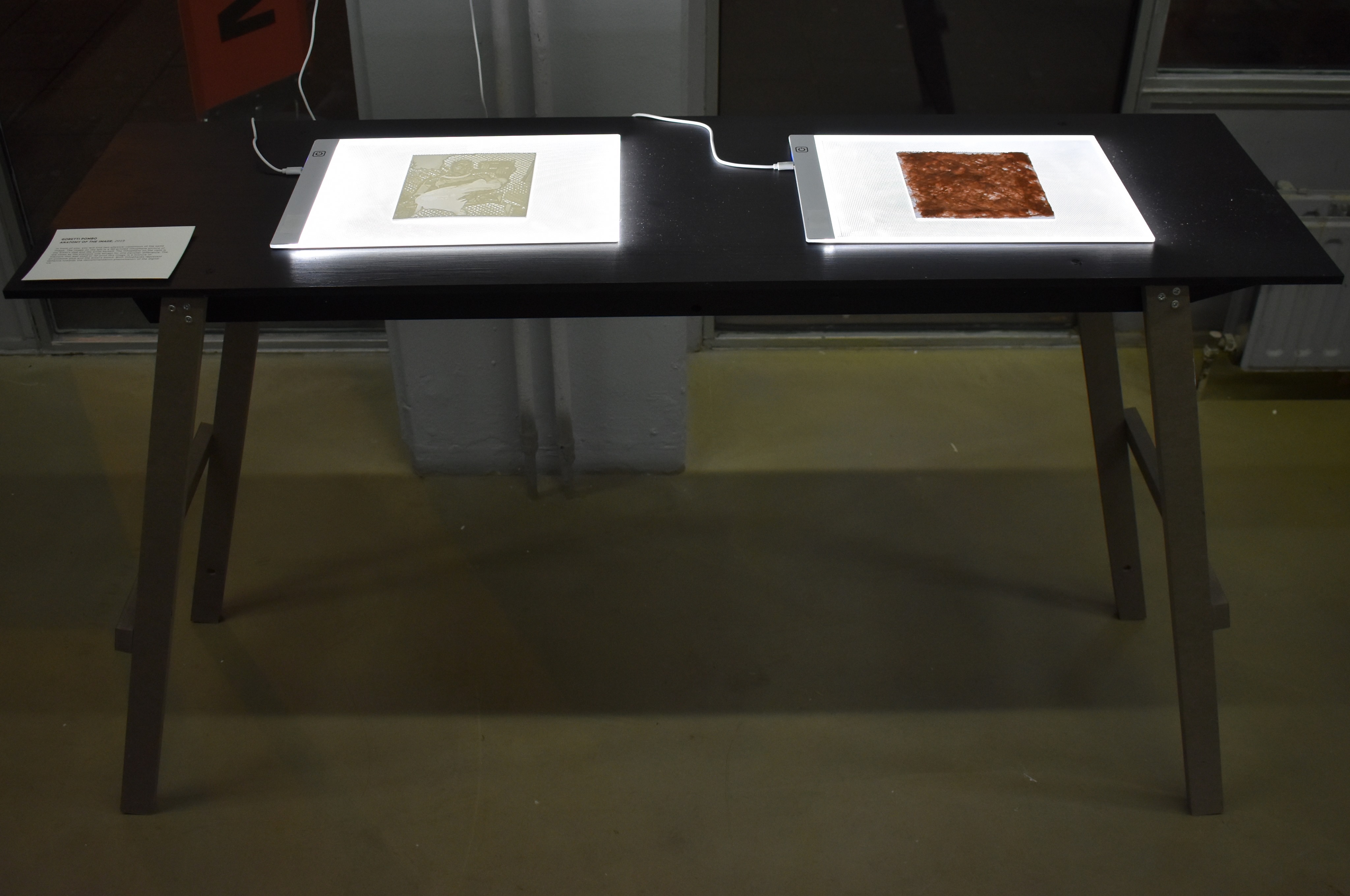 Anatomy of the Image (Second Lithophane)
2019
3D printed lithophane (all-purpose glue & blood mixture filament)
13 x 14 cm
This work was part of the 'Ocular' exhibition at MAMA, Rotterdam.
It was an exhibition formed by the Visual Culture Minor class of Willem de Kooning Academy.
Click on the picture above for the "3D experience"
Goretti Pombo